Paula
Douglas, Alaska, United States
I have lived in Alaska since 1978, having come to Juneau as a Jesuit Volunteer. I fell in love with Alaska and now live on Douglas Island with my husband and two dogs.

This horrible year, this Trump-laden, COVID-19-infected, murderous of people of color, Capitol insurrectionist, mass-shooting year has been just awful. And that’s just the global stuff. There is also the stuff that’s closer to home: the spectre of my childhood abuse raising its ugly head again, 50+ years later, sending me back to intensive therapy.

But, through it all, I have endured, mostly.  I’ve had lots of good phone and FaceTime conversations with friends and family, including with my 15 month old granddaughter (who, apparently, can FaceTime me all by herself, although that could have been a fluke). I didn’t do all the chores I wanted to do, but have had sporadic bursts of industriousness and have done some cleaning and organizing.

I’ve read a lot, spent too much time on the couch and on my phone. We have subscribed to streaming platforms that I wasn’t even aware existed before March 2020.

I took 12 weeks of online Heritage Spanish classes with my kids. By the way, I highly recommend our teacher (I’ll send you the link if you’d like)!

What I haven’t done, up until now, is fall apart (in any major way).

I’m writing this after a night of zero sleep, and after three weeks of my therapist taking time off (not the best timing for me, but who can predict these things).

Of course the other horribleness that was 2020 still is with us: systemic racism, violence against BIPOC, the cancer that is Trumpism, and more (and more) mass killings).

There were two momentous days this month: March 18, which marked a year since I stopped working and went into hunker down mode, and today, March 25, which marks my fully immune status. I’m feeling reflective, sorrowful, grateful, still anxious, but seeing light at the end of a very long tunnel, as far as the pandemic is concerned. And so I’m safe. After a year of fear and trepidation, I’m safe.

The other awfulness is still with us, of course. All I can do is call out racism and injustice when and where I see it, and be grateful for the small and large kindnesses I see in my community.

I can be more mindful of my own thoughts and behaviors. I can get off of the effing couch. I can form new good habits and work on losing some of the bad ones I’ve acquired in the past year.

I will take deep breaths and be grateful for the good things and for the lessons learned from the bad.

I love to receive comments - please tell me what you think! 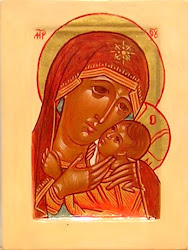